Since 2005, inoage established itself as a leading provider of LED lighting control solutions in the professional market with the MADRIX brand. MADRIX software is seen by many as the industry standard for LED pixel control.

Inoage's MADRIX software is known for its easy and creative 2D pixel mapping as well as 3D voxel mapping. It is the lighting tool of choice for industry professionals, lighting designers, operators, VJs, and enthusiasts all around the world. Combined with accompanying hardware products, it is a proven and innovative LED control solution.

MADRIX products can be found worldwide in the most diverse projects requiring LED lighting, ranging from clubs and concerts, to commercial spaces and architectural installations — and everything in-between! Although based out of Germany, the focus has always been fully international. This is why the software started in English only. 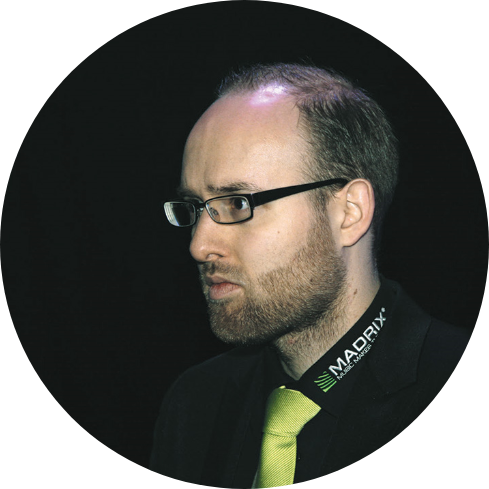 ATL wasn't the first company we approached with a sample project, but it was the one that delivered what we were looking for. We are proud to offer products 'Made in Germany' and certainly aspire to always deliver the high quality that is inherently expected from it. ATL gracefully handled all the jargon and technical language that is used in our professional lighting software. When you receive back a translation that is even better than the text that was provided, you know you are onto something. For us, this meant going back to the drawing board. We knew we had to improve our base texts and make it a coherent whole. Thanks to its success, the software was growing quickly and a lot of features had been added over time. This preparation was also ideal for our collaboration with ATL since the process helped us realize that over 20,000 words would eventually need to be translated. In the end, the product would not only be more accessible to more people, but would be better in general because of it.

We are truly grateful to have received many compliments from customers over the years, telling us how easy our software is to use. However, at the same time, we know that language can pose a major barrier for many people.Because of this,  we knew we would inadvertently exclude certain people if we didn't change this situation. It was clear that we could better serve our customers. When it comes to culture and language, we started with a market that was — and is — very different from ours. China, the country, where the majority of LED technology is built, has not only been one of the the main suppliers for the rest of the world but the country also started developing its own markets. In fact, we definitely saw an increased interest in our products as well. We were happy to be able to draw from ATL's experience and knowledge, and chose Simplified Chinese, the language that is most suitable out of the many Chinese variations. Later, with the help of ATL, we added French, as well as mainland Spanish as the third and fourth language options. ATL has always provided great service in everything they do. They even pointed out ways on how to improve base texts for localization in order to strengthen the translated results, thereby strengthening the product itself.

Thanks to the many tools available to ATL, we were quickly able to establish a workflow with them. We were not only able to use the data system we had chosen for our software development, but could also ensure that our regular software updates — and consequent language updates — could be handled efficiently. Whenever ATL saw a chance to improve the workflow between our teams, they made suggestions themselves or were completely open to them. Because of our ongoing commitment with ATL, we have seamlessly added these three major languages and have managed a number of software updates as well. We are working in an industry in which you basically only ever hear from a customer if there is a problem. If you don't hear from them, you are quite safe to assume that everything is alright. We regularly see customers switch to the different languages in the software, but the fact that no one complained to us until now speaks for itself.